Gabonese Presidency began, several years before the first championship, with preparations that included, in the capital city of Libreville and the second-largest city Franceville, extensive construction of new Stadiums, Olympic Villages, training facilities and accommodation for sports delegations, distinguished guests and tens of thousands fans.

In light of the previous terrorist attacks at the African Football Championships, the organizers gave great importance to securing the Games in their country. The security assignment was handed over as a “turn-key project to the Israeli company Falcon Eye, which operates extensively in Gabon.

Falcon Eye subcontracted J. Gordon Consulting Engineers Ltd. for the purpose of planning and supervising the implementation of physical and electronic security solutions for the new Stadiums, Olympic villages, hotels, and other venues built specifically for the games.

Gordon Engineers’ team designed a state-of-the-art security system that was controlled by a hierarchical network of local control rooms connected to the Command & Control Center set up, especially for this purpose, in the capital.

Falcon Eye has appointed Gordon Engineers to work, for the first time ahead, of the 2012 games and once again for the games held in Gabon in 2017. 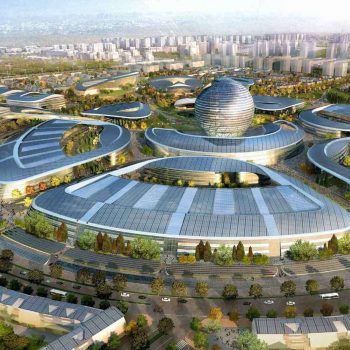